It is a giant elliptical galaxy that is surrounded by an expanding cluster of other galaxies. In 2018, the National Radio Astronomy Observatory captured a cosmic meteorological event using ALMA that had never been seen before: a group of towering intergalactic gas clouds raining down on the supermassive black hole at the center of the huge galaxy. The black hole draws in a large amount of cold molecular gas and sprays it again in a continuous cycle to make it look like a gigantic fountain. It is also known for being the brightest cluster from Earth. 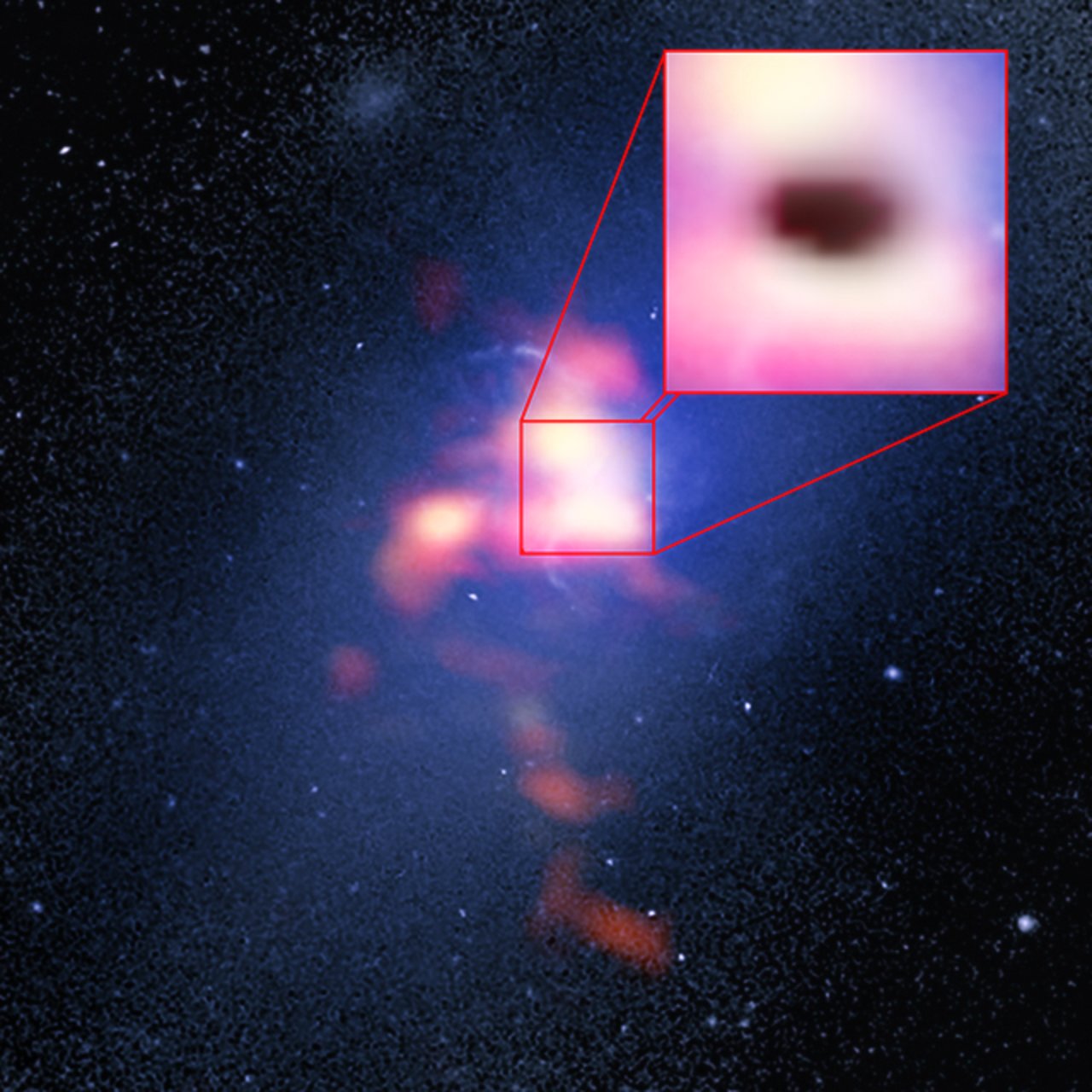 Here there is more information.

This is the spectra that I found: 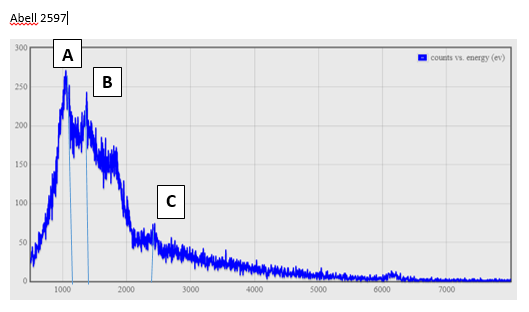 Peak A equals to Vanidium

Peak B equals to nickel

Looking for some scientific researches I have found this artcle , in it, they say that it is a a celestial body with many metallic elements. They do not mention those previously said by me since in the article they focus more on gas elements such as hydrogen. Despite this, I think that my answer is not wrong because the three elements named by me are metals.